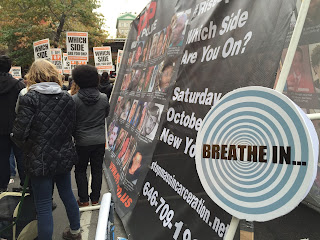 This was a great opportunity to march, protest and offer police officers, encountered along the protest route, to try our Personal Beasties Breathing iOS app... giving them relaxation techniques to draw on in times of crisis. 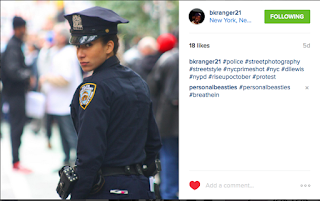 Why? Well, the only time academy recruits or officers get any introspective training is within a Martial Arts context....(NY Times story here)

The younger police along the route were far more open minded that their elder officers. But that said the Police officers were a 'captive' audience, so to speak...given that they where on the clock/payroll to attend the march. They were working!

To our surprise, the strongest backlash to our presence came from within the march route itself. A fellow marcher came up to me and commented that the Breath In..., Breathe Out... sign I was holding was actually part of the problem the others, like himself were protesting, and they were discussing the problematic nature of my presence among the protester ranks. 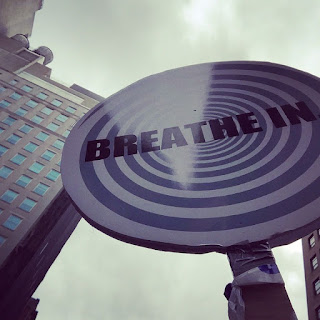 The critique was that our sign "Breathe In... / Breathe Out..." in combination with the Eric Garner "I can't breathe..." T-shirt was feeding into the hands of the bigots, who never believed Garner could not breathe... even though the medical examiner concluded that the officer committed homicide when they placed Eric Garner  in a 'chokehold' on July 17, 2014, and pushed his face into the ground. 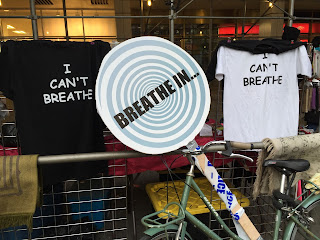 This of course was not our intention!

We stated our position; that we were encouraging police officers to learn  relaxation techniques to use in time of stress, and we welcomed the critical dialog.... because that is how we grow and learn. 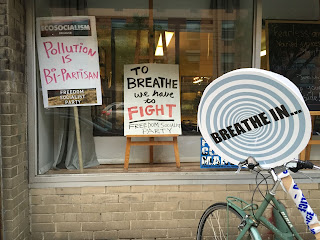 But, I did stop by Freedom Hall  in my neighborhood when I got home to Harlem, and spoke with Freedom Socialist Party representative, Dave Schumarch. We pealed back the onion and deconstructed the criticism from the fellow protesters. 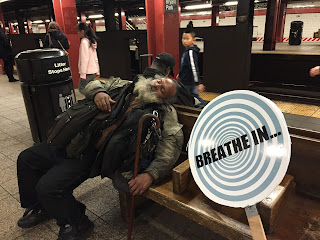 There are so many social issues that Personal Beasties is intent on addressing, as we intend to be part of the current dialog that supports and places  faith in the power of humans to to do the right thing, treat our fellow humans with dignity and respect and develop the skills necessary to tap into our higher selves in order to accomplish this huge goal!